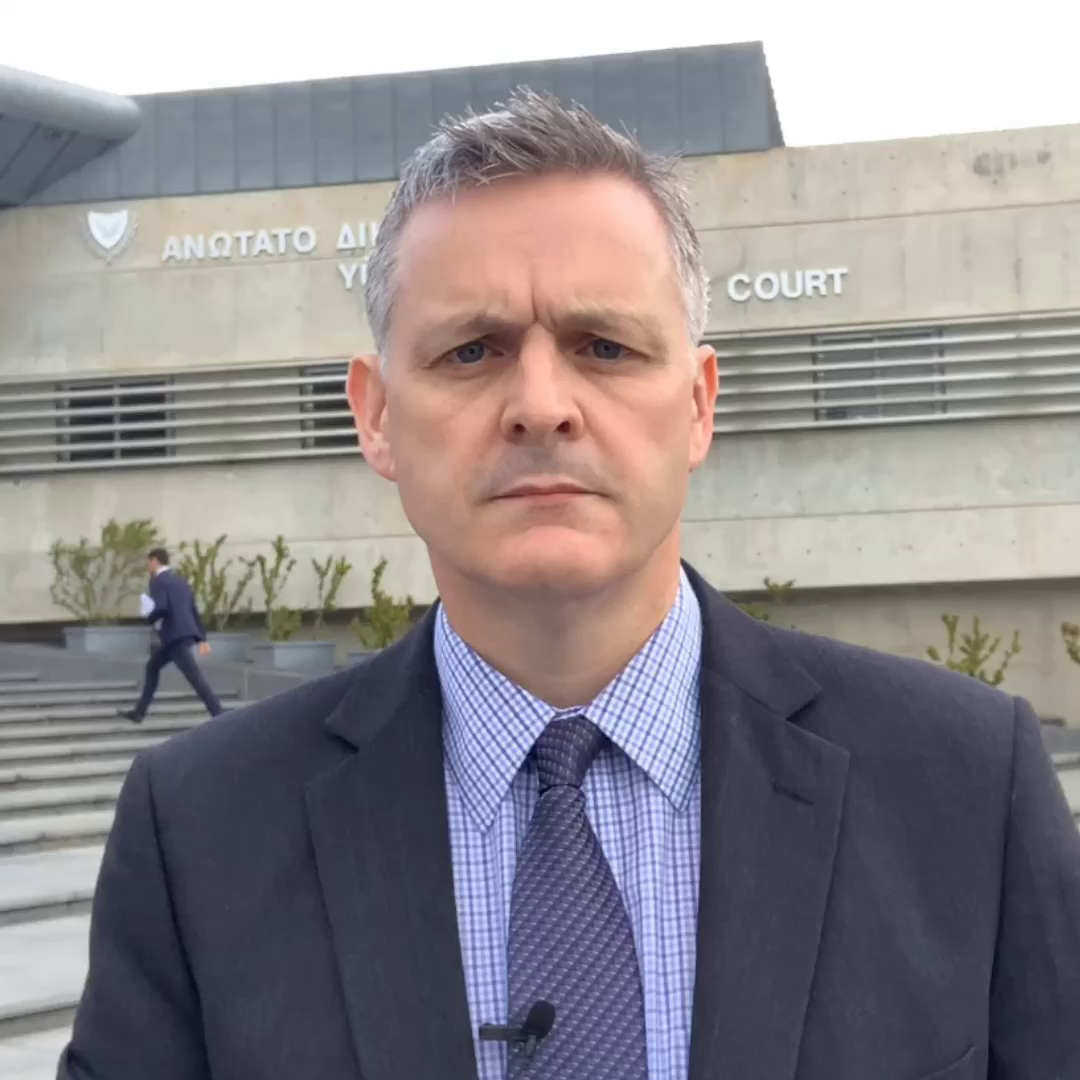 The Supreme Court on Friday rejected the appeal against a defamation by Conor O’Dwyer, a British man who has been involved in a lengthy court battle over a property he bought in the Famagusta district in 2005.

O’Dwyer was also ordered to pay a €3,000 in legal fees. He had appealed the case filed by developer Christoforos Karayiannas and Son Ltd accusing him of breach of contract and of defamation.

The supreme court overruled O’Dwyer’s appeal and reaffirmed the initial €60,000 in damages to the company, a national record, for calling the developers ‘liars’ on his blog.

In addition to that, the court denied the Briton compensation for the many trips to Cyprus he has had to take over the years to fight his case, as well as for the rent on his flat in London.

He was then forced to rent a flat in London and endure a lengthy legal battle with the developers.

He eventually received compensation. But his lawyer Yiannos Georgiades said: “The compensation the court gave my client is very small because the judges chose the lowest evaluation for the property, refusing to evaluate it when the developers resold it to another client,” he said.

Georgiades said had the judges decided to evaluate the house at the time the case was heard, which would have come in a €398,200, O’Dwyer would have received compensation of €119,000 on top of the €113,000 he paid to the developers, instead of just the €28,000 he received as compensation.

With regards to the defamation suit, O’Dwyer’s lawyer said that “one of the staples of a free society is that people should be able to speak freely. Statements that express opinion are not actionable as defamation no matter how offensive, vituperative and unreasonable they may be”.

“Moreover, in the context of statements pertaining to issues of consumer advocacy, personal opinions about goods and services, like the ones Conor published on his blog, are matters of legitimate public concern and protected speech,” Georgiades added.

The lawyer called the situation “absurd”. He said a UK citizen decided to buy a property in Cyprus and sold his home there to do so but ended up seeing his hard-earned money kept by the developers, forcing him to rent a flat in London because his dream of having a house in Cyprus didn’t happen. He said they then resold the house that he paid for and beat him up twice. Despite being found guilty of assault, the developers never went to prison.

“But the worst thing is that not only did he suffer all these things and the wrongdoers never went to prison, they were also awarded by our justice system a huge reward of €60,000 because my client dared to complain about what our court decided he was right to complain about.”

Georgiades said the next step was to take the matter to the European Court of Human Rights, saying there were more than enough grounds to do so.

O’Dwyer called the verdict “a blatant miscarriage of justice.”

“The highest court in Cyprus should have thrown the book at what is a dangerous, criminal and infamous property developer, but it didn’t,” he said. “It’s taken us 14 years to exhaust the due process in Cyprus but they haven’t exhausted us. We will now have to take Cyprus to the European Court of Human Rights.

The Briton said this was just another court ruling designed to have a chilling effect on property victims and foreigners on the island. “Today, the highest civil court ruled that selling the same house twice is not only legal, it’s also a profitable venture. There’s no deterrent to stop any other developer from doing the same to another buyer,” he added.

O’Dwyer questioned whether the judges had examined all the evidence provided in just 16 days, the time span between the first hearing into the appeal, and the issuance of the verdict. The appeal alone has taken nearly eight years to be heard at all, having been filed in 2012.

“The last 14 years of my life have been for nothing, even worse than nothing. The judiciary has done more damage than the developers. It has been hell.”

On the other side, the Karayiannas brothers’ lawyer Andrianna Klaedes praised the judges’ decision regarding the defamation appeal filed by O’Dwyer.

“All grounds of appeal were dismissed by the supreme court today. The blog in which O’Dwyer published his defamatory claims was established long before the matter was taken to court. The defamation which O’Dwyer has been found guilty of has been going on for many years, hence the decision of imposing such a high fine for his actions.”

Klaedes said O’Dwyer never compiled with the court ruling that ordered him to remove the offending website, nor did he ever apologise for defaming her client’s name and destroying the company’s reputation.

She rejected the claims that the court could not have examined all the evidence they were presented with in just the short time frame between the appeal and the verdict.

“That is simply not true,” she said. “The judges have been examining the evidence in their possession long before the appeal and to say the opposite is simply untrue.”

Called to comment on O’Dwyer’s decision to take the matter to the ECHR, Klaedes said her clients were legally on sound footing and not concerned. “We won the case in Cyprus and we will win it again at the European Court of Human Rights,” she said.

Marios Karayiannas, one of the developers, also broke his silence on Friday after the verdict was issued and said he was “extremely grateful the whole matter is now over.”

“The name of my company has finally been restored. I want to make clear that these 14 long years of legal battles cost me an enormous amount of business, which I will never get back,” he said. “This case damaged me financially and I am glad that thanks to today’s verdict I can finally clear my name.”

Karayiannas echoed his lawyer’s comments on O’Dwyer’s decision to take the case to the ECHR, saying: “He can take the matter wherever he wants. He lost once, he will lose again.”